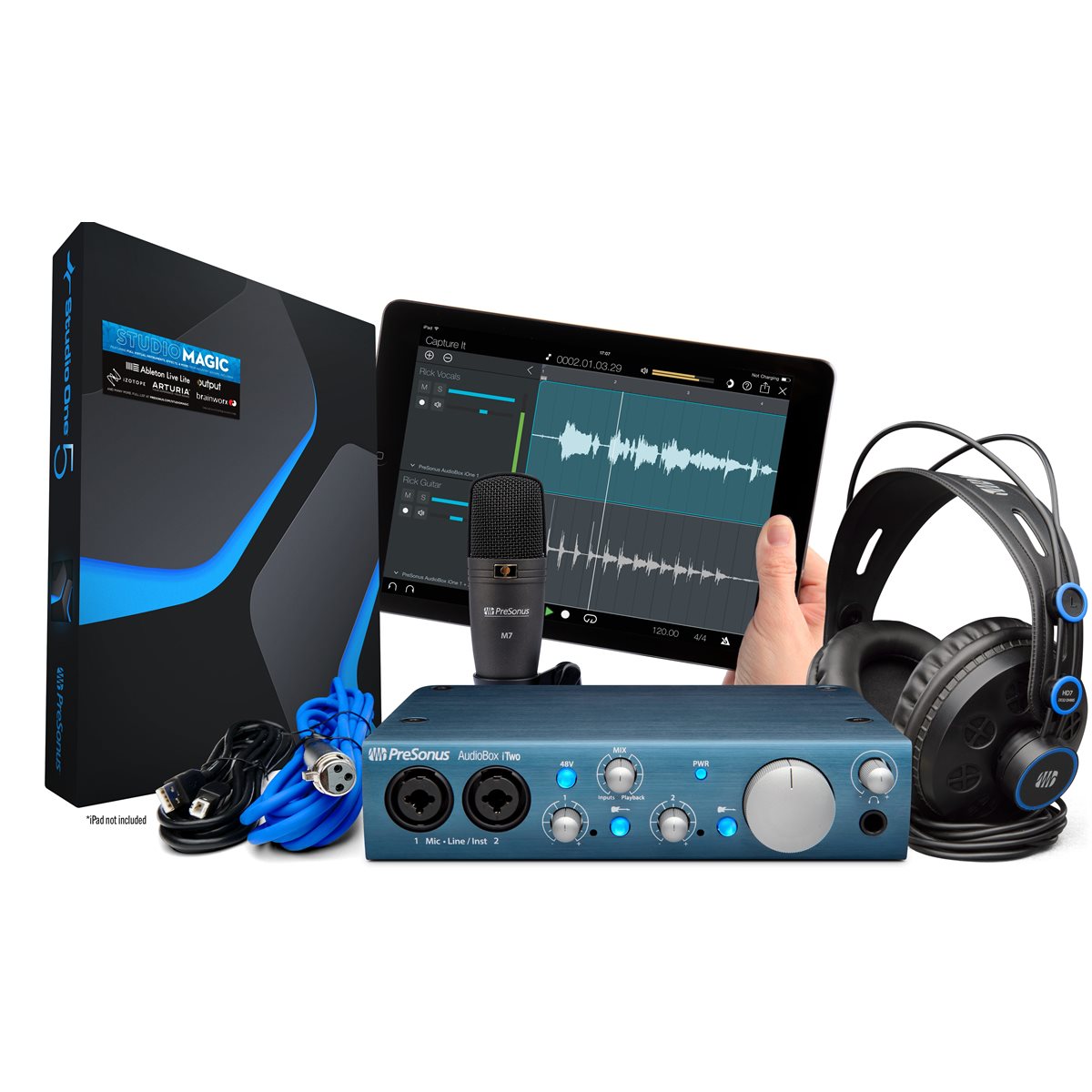 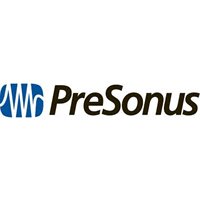 Everything you need to record and produce on the go.
Record wherever inspiration strikes with this complete, all-PreSonus package! Featuring multiplatform, bus-powered AudioBox iTwo audio/MIDI interface and award-winning Studio One® recording and production software, PreSonus AudioBox® iTwo Studio includes everything you need to record demos, rehearsal sessions, podcasts, sound effects for video, and your next hit record.

AudioBox iTwo: The interface for producers on the go.
The AudioBox iTwo is our most versatile bus-powered audio/MIDI interface, providing two combo mic and switchable line/instrument inputs with a high-performance mic preamplifier. In the studio or in the field, it’s great for recording synths, guitars, and anything you can capture with mics. Compact and ruggedly built, AudioBox iTwo is a complete solution for mobile musicians, sound designers, and podcasters. Read more about the AudioBox iTwo.

Studio One Artist makes recording a breeze.
No other entry-level recording and production software is this easy to learn and use, yet is capable of creating studio-quality output. Studio One Artist lets you work quickly and stay focused on your inspiration, offers unlimited tracks and plug-ins, and delivers features not normally found in entry-level DAWs. Access powerful editing tools without wading through menus. Load and save audio clips, MIDI files, and effects by drag-and-drop. Studio One makes it easy!

Record on the go with Capture Duo for iPad
Based on Capture® live-recording software for StudioLive® mixers, Capture Duo lets you record two stereo tracks with up to 24-bit, 96 kHz fidelity using the AudioBox iTwo, another MFi audio interface for iPad®, or the iPad’s built-in mics. You can wirelessly transfer recordings directly from Capture Duo to a Mac or PC running Studio One, then edit, sweeten, overdub, and mix with the power of a world-class DAW. If two tracks aren’t enough, purchase the low-cost, 32-track Capture for iPad to create a truly mobile professional recording system.

Hear every detail with HD7 professional headphones.
PreSonus’ high-definition HD7 headphones take advantage of a patented, semi-open sound chamber to deliver exceptionally deep low frequencies with a balanced and yet powerful bass punch. Accurate midrange and extended treble response let you pick out the fine details of a mix or track. The lightweight, ergonomic design adjusts to any head size, offering a comfortable listening experience during long recording sessions.

Works with iOS and iPadOS devices.
The PreSonus AudioBox iTwo is compatible with iOS® and iPadOS® devices including iPad Pro, iPad, iPad Air, iPad Mini, iPod Touch, and iPhone®. Because it's USB class-compliant, there are no special drivers or applications for you to download and install. You'll be able to produce on the go—everything from podcasts to folk rock to trap, wherever sound takes you.